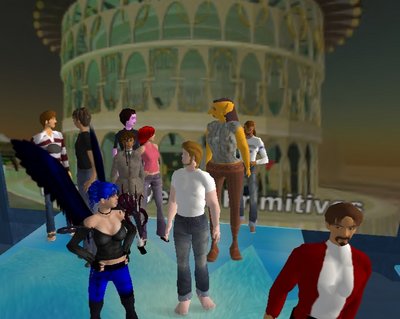 Meeting up with some of our partners

Our contacts in Second Life

Schomer has been talking to Davee Commerce, who is likely to be working with us on the NAGTY project.
Davee believes our project could get a boost from some of the team at the Spaceflight museum.

Davee arranged a behind-the-scenes tour of the Spaceflight museum for us, looking at how they organise and manage themselves.


Some of the projects we are working on already have counterparts in Second Life, for example, the museum already has a planetarium and this has been copied elsewhere. IBM has considered the idea of shooting people from a cannon...