Schome. Schome is going to be a new form of educational system designed to overcome the problems within current education systems. It will meet the needs of society and individuals in the twenty-first century and will be a system which values and supports people learning throughout their lives. 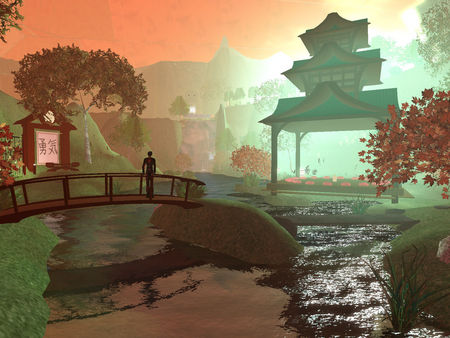 The Schome Park Programme. Schome Park is a closed island in the virtual world of Second Life®. One of the key aims on Schome Park is to empower young people to take responsibility for the development of the island (and the activities on it). Staff are providing some basic infrastructure and support and are encouraging young people to come up with ideas for how Schome Park should be developed. In the pilot phase there were three main activity strands; Archaeology, Ethics and Philosophy and Physics. These sessions were run by mentors from Universities. When phase two started, only Ethics and Philosophy continued. But due to the high interest in Archaeology, several members of the community restarted the strand. Soon it became known that there was great interest for the past, and so when a History strand began, it merged with Archaeology to become the Time Explorers. 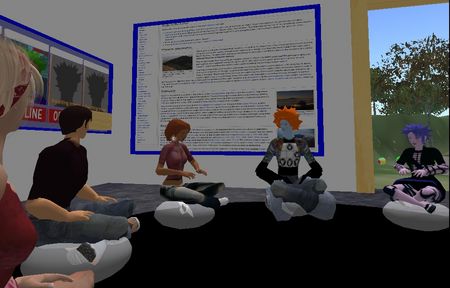 Description of our project

Description of our project. The Time Explorers have studied several topics. Archaeology have looked at preservation of archaeology, underwater archaeology, Stonehenge and are just about to move onto Vesuvius. But these are all sessions that have taken place during phase three of the SPP (Schome Park Programme). History has studied the Romans, and has looked at aqueducts, clothing and roads. 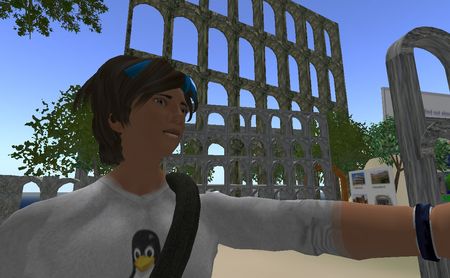 Roman aqueducts. Continuing with our Roman building of an Aqueduct. Looking at textures for the arches and the water. Discussing how we can incorporate everyones work. Amba said: I have made some Roman clothing as requested by Kit. Advice on history accuracy would be useful. 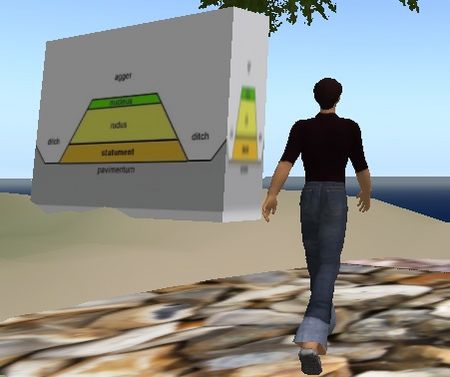 Roman roads. Brilliant session about roads, led by Vibia. Lots of questions asked, pretty much all of them were answered! Very good session with the peeling off the layers of the roads.

Pompeii. We talked mainly about the eruptions of Vesuvius, Pliny's eye witness account and archaeology of Pompeii and Herculaneum. A discussion of preserved graffiti on a wall in Pompeii led us also to the Ruthwell cross. 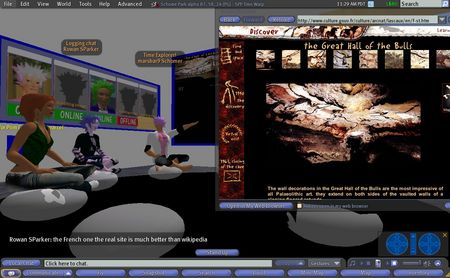 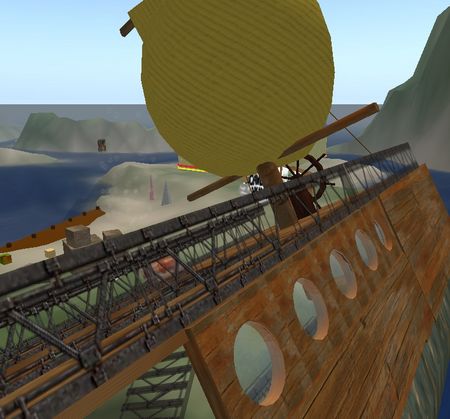 Why the project is innovative 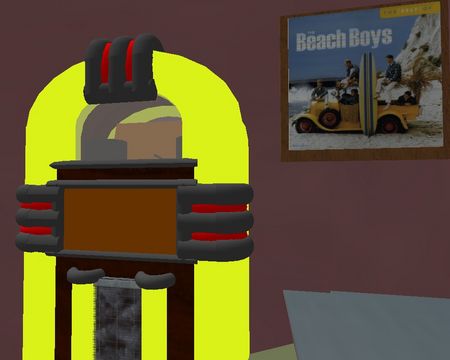 Schome Park has given its students a real chance to study History and Archaeology in new ways which are more engaging and interactive than those used in the classroom. As Second Life® allows people to build, script, and chat amongst other things, the History sessions have been able to build Roman aqueducts. Sizings can be used which can enable students to scale buildings so they can compare the size of these buildings to the height of people. This allows students to relate to how people would have felt seeing these buildings. The study of archaeology is a difficult process as once artefacts and material are disturbed they cannot be replaced, whereas in Schome Park this is possible. During the Archaeology sessions a shipwreck was recreated and ‘excavated’ amongst discussions including Henges and Pompeii. When the two sessions integrated for one meeting a Roman road was created and enabled each layer of the road to be removed allowing students to see how the roads were constructed. This unique way of learning breaks down the barriers of students and teachers. This leads to student run sessions which benefit many people as both children and adults can learn from each other.

How the project has helped our learning 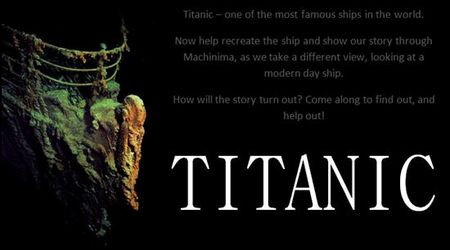 How the project has helped our learning. Being able to study history and archaeology in Schome Park has allowed us to cross the stereotypical educational boundaries and 'experience' our learning in new ways. We are learning in a very visual and interactive way on a much more personal level than you do in a classroom. The relaxed attitude to the sessions results in people being much more comfortable and feeling more able to join in with discussions. Through use of textures we can still have diagrams and images like the ones you get in text books for those who find these help with learning. At the sessions we are not only learning about History and Archaeology but we are developing our leadership skills and teamwork. We have been able to do a virtual visit to the Lascaux Caves and we were able to recreate the Vesuvian Eruption of AD79 all without moving from our chairs. Schome Park allows open discussions on topics allowing everyone to learn from each other, and it is not only the students learning but it is also the staff who attend from the sessions. The ability for everyone to learn from each other makes this a valuable project.

What we are saying

Hi, im [insert name here] and Im known as Baso Schomer in the project because of, as mentioned before, the anonymity of the schome park project, and because with people like the ones next to me, you can never be too safe . (I shouldn’t of said that) Ok, less about me, more about the project. Schome Park Time Explorers ran a number of various sessions, which we are going to talk breiefly about. The one up up there on the screen Is that off the roman aqueducts, where we discussed how and why they were built, before building our own, either to scale like my huge one which is clearly much bigger than everyone elses for some reason, or to a smaller scale that didn’t take u pas much space. Second life helped us do this unique experience as without it, we wouldn’t of been able to simulate these , choosing our own textures that looked the msot realistic, building them at a scaleyou could walk through withouthaving to travel across the world to see them.

Another roman related session would be the roman road session, ran by vibia who unfortunately cant be here today apparently because well, she cant come or maybe she's trying to tell us something {sniff arm pits) The roman road, as you can see form the picture, was rebuilt from a diagram showing a typical roman road, and vibia actually reading from multiple sources to help explain why it would have been built this way, and at the end we actually got to test it, and it’s a good thing this was virtual because I didn’t have any shoes on at the time. I’m going to now pass you onto a guy who I know as marsbar9 (I think he was hungry at the time of picking names) who has recently adopted the nickname of mars .and I think I would too, who's going to talk about the last of the roman themed sessions and a couple of others while I have a rest and you can be glad that I have shut up.

Thanks for that mars, the last topic that we are going to talk about is schome henge as we have affectively called it, or as you would probably know it’s real life stimulus as” the stone henge” This project was actually led by mars so I don’t know why im talking about it but, who cares. This topic was were we had a look at some online pictures of the real life stone henge and decided to make a small scale replica of it, that we could look at and have meetings in. We again, like all of the topics; discussed why it was built, who we think it was by and all that that we’ve already mentioned. It was quite a nice activity, some of the American students actually attempted to roll the stones into position using second life's physic engine however they soon gave in to the editing tools as, well, would you roll something that weighed that much? I’m now going to take another break because im lazy and pass you on to yet another chocolate bar related name (hey we used lots of commercial influenced names, you should of seen the names for the development stages of the project), im going to give you over to the kitkatkid who is going to talk about why we are actually here today.