HERE ARE SOME PICTURES OF NEW YORK! 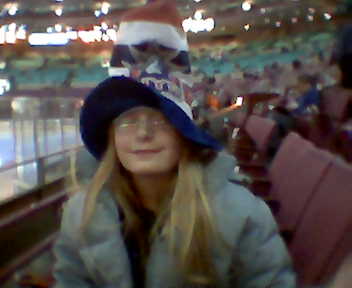 This is the hockey arena for the new york rangers.

We have just been to New York.It was awesome.One of my fave parts was the New York Rangers game.We won 5-0.I really enjoyed it. I also enjoyed the natural history museum. My fave part of that was the hall of biodiversity.The food is really nice and I ate loads.We didn't go over to the Statue of Liberty because the queue was like really really really really..........long.But we did go up onto the Empire state building.Me and my brothers went to Toys r us because it is supposed to be the best. It had a hughe fake dinosaur and a 2 story barbie house.Ugh!I don't like barbie.

This is a very tall building in new york 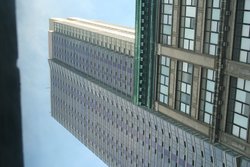