Honestly, it's been so long I can't remember a thing about how to make new pages... do you just put in a dummy link and then edit it? projects table

A toga to support the history strand 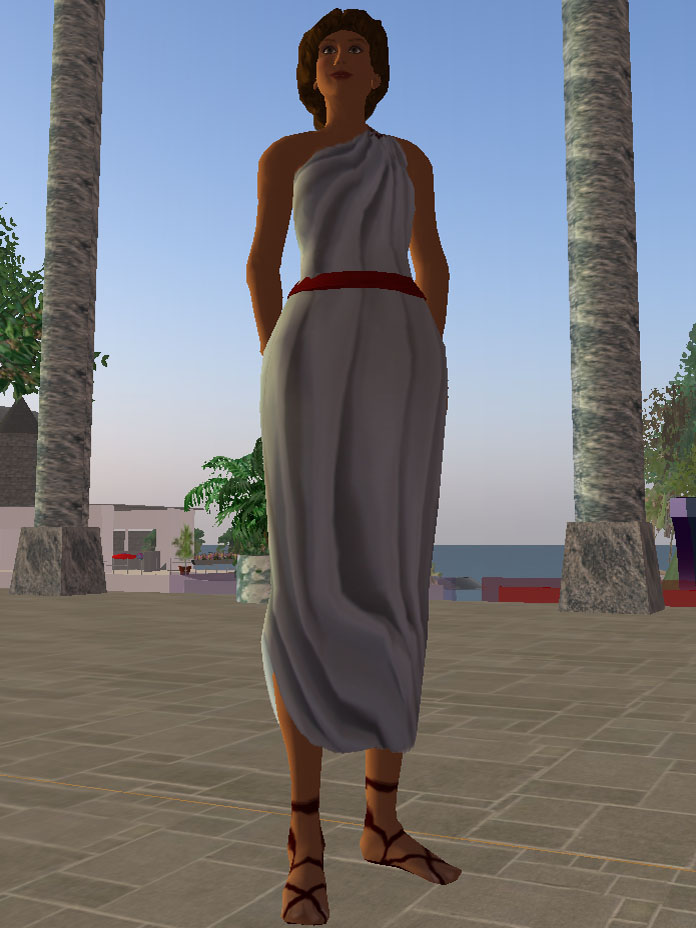 I have discovered that it is fairly straight forward to create fabulous flowing flexi prim skirts in SL.

Here is my first attempt: 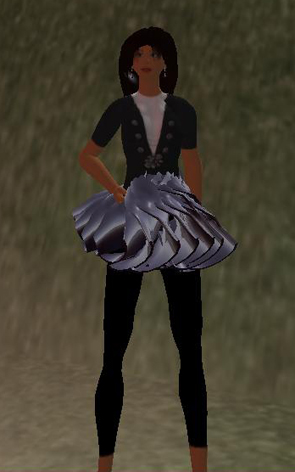 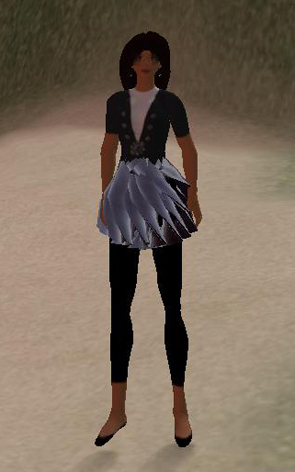 Having had a go, I decided to look around to see whether there was any helpful information or tutorials on the web. I saw that there was a freely available script called a necklace generator script which would automatically twist and place copies of any prim in a circular arrangement. It was designed to produce necklaces, but could be ideal for making prim skirts and loads of other things too. (If only I could work out the right parameters). (http://virtualunderworld.net/arianeb/jewelry.txt, http://virtualunderworld.net/arianeb/secondlife.htm)

The dress I am wearing in the picture below cost something like L$500 on Main Grid (can’t remember exactly). Looking at it, I could see that it was simply put together using standard SL clothing and what looked like a circle of flexible hollowed out tapered cylindrical prims. I decided to have a go at making something similar because it was Easter weekend, and I wouldn’t have to think about my normal work for two to three days.

A friend on Main Grid thought that both my dress and my initial efforts suggested ‘squid’. He thoughtfully took a few the dress panels I had created, coloured them white and added a face to illustrate the point. Sigh. :-) 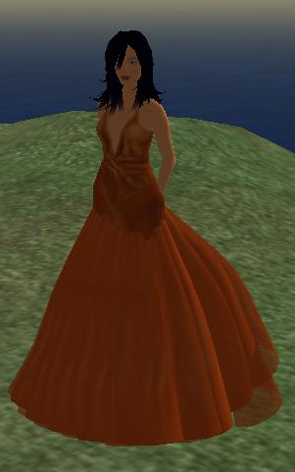 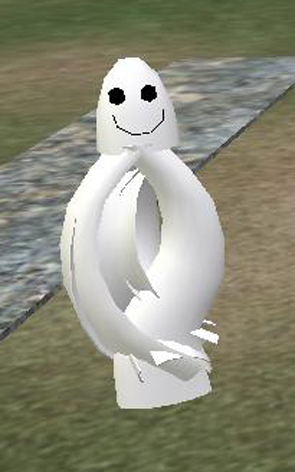 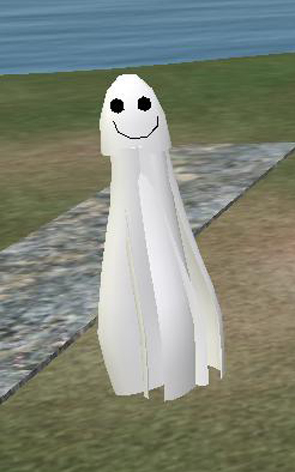 This seems like a good moment to start my user page.

Elsa, Euphloozie, Tetra and I are having a little rest on SchomeBase during a busy conference in Cambridge. 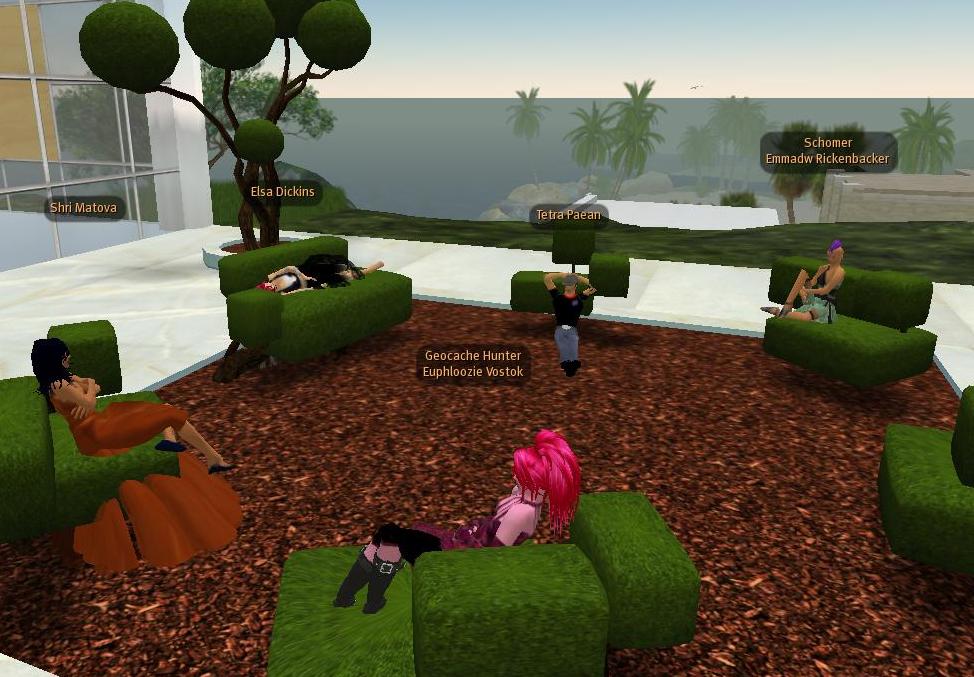