Hi, this is AeroDragonX. I like drawing and painting mythological monsters as well as designing my own original characters. I currently have over 130 characters and many monster designs. I also create alternate costumes if I have time. 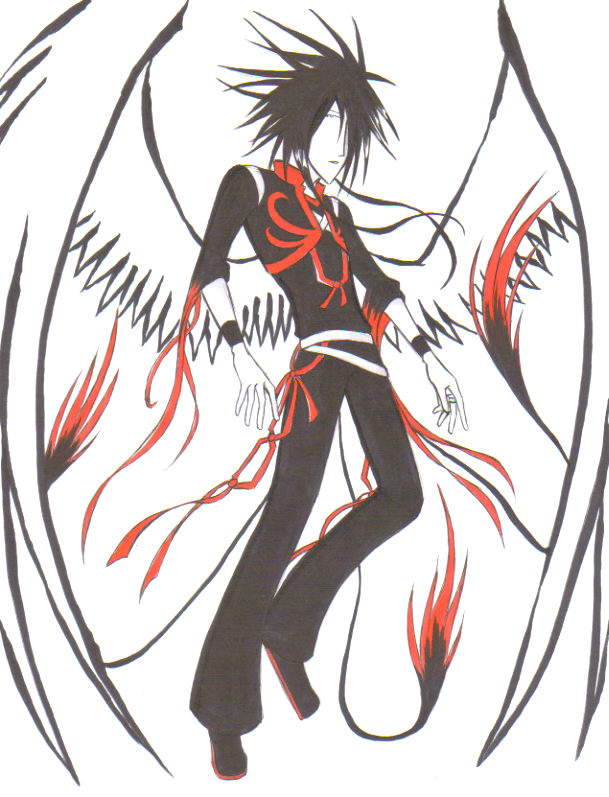 This is Seth, my favorite character that I have created. He is 6' 8" tall and is 20 years old (although he has stopped aging because he is immortal). Seth is quite serious and does not show much emotion, but he is also like a guardian to his friends. He is an original character design and was created by me in the year 2000. His birthday is November 15th. 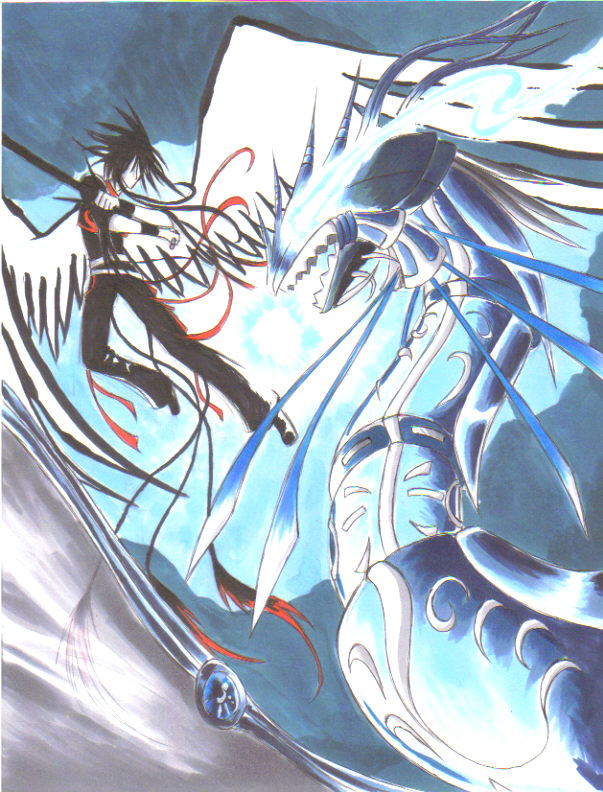 Here, Seth is fighting the mechanical dragon Cephus in the skies of the mecha town Kerata. 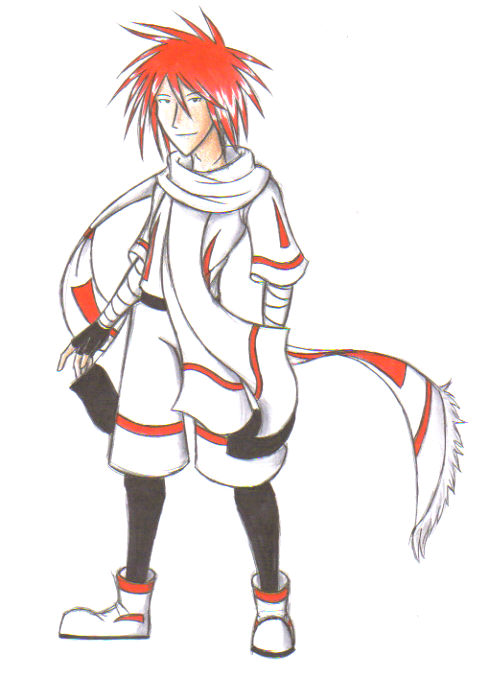 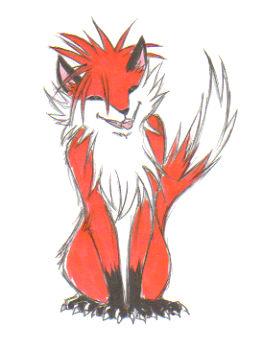 This is Vael, Seth's best friend. He is jovial and playful, active and optimistic. Vael (pronounced Vay-uhl) is 5' 11" and 17 years old. He is also an original character that I made more recently in 2003. He is able to transform into a fox at will. By putting a leaf on his head in fox form, he can also shapeshift into inanimate objects (like trees, vases and rocks.). His birthday is November 30th. 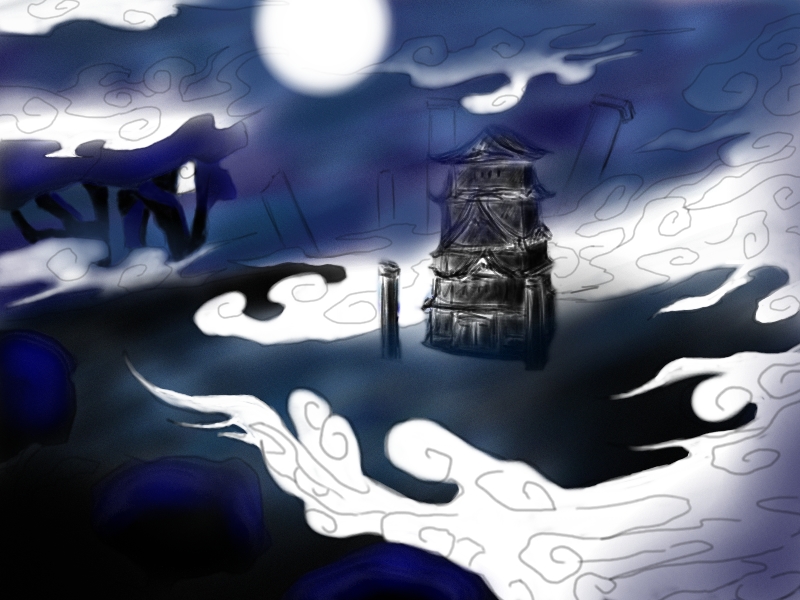 This place is the Ruins of Tokrah. It is an ancient city of the gods that was abandoned when the world Kyria was created. Seth now lives in the dark pagoda amidst the clouds. 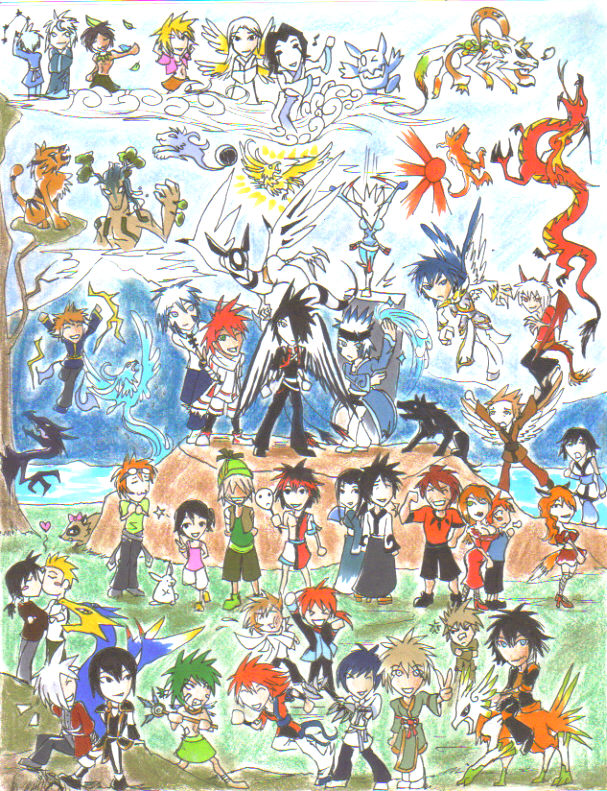 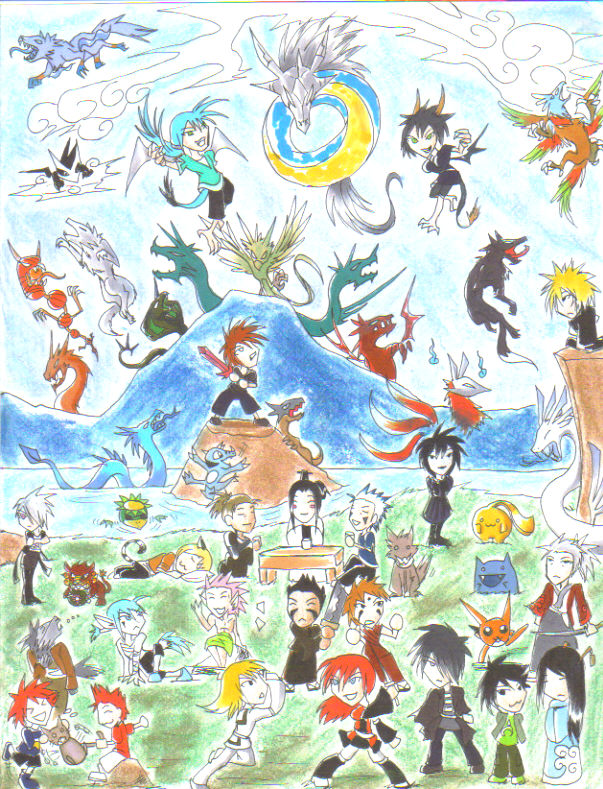 In one of my arts classes, I was asked to do something involving the number 100, so I decided to draw 100 of my characters. This took me two days to complete.

All of the characters depicted have names, personalities, background information, etc. I know everyone by heart, too.

By the way, there are only 10 females in both of the pictures combined.

This is Maki Zuiken, the prince of the continent Kiiji. He is a little too trusting of people and quite gentle toward others. He is fierce in battle and quite swift. He is 5' 11", 18 years old, and wields a katana.

I used to play the clarinet, but I chose to study the visual arts over music (especially since there are so many good musicians who are alot more dedicated than I am...).

I tend to dislike apocalyptic movies and stories with industrial settings (Final Fantasy 7 is the only exception).

I watch a bit of mainstream anime, but I'm probably not up to date with the latest episodes. I think that my favorite one has to be Samurai Champloo (because of Jin....). The movie I could probably watch forever is Howl's Moving Castle (Princess Mononoke is a close second). I absolutely can't stand that movie Akira. It was way too disturbing...

I am obsessed with Japanese culture, which may explain Seth's appearance, my love of the colors red, black, and white; and my obsession with phoenixes and dragons.