Want to have a go at writing a story?

Click on the "edit" tab at the top of the page, then start typing in your contribution. When you have finished click the "save page" button at the bottom and your writing will be added to the main page. Be careful, if you navigate away from the page without saving your work, it will be gone!

Have a think about what a story needs: a title; a plot (what is going to happen); characters; a setting (where the story will take place) and a style, (is it a comedy, adventure, sci-fi, scary etc).

If you have some ideas, but don't want to put them in the story yet, you could use the discussion page to put in your notes, then maybe you or someone else, could write them into the story later.

the man who lived on the moon

Once upon a time the Man in the Moon decided he was so lonely that he would slide down a moonbeam and look for a friend on the lovely blue green planet he could see nearby.The first person he met was a fisherman.

"Hello, Fisherman", he said. "Do you want to be my friend?"
"Is there a catch?" said the fisherman. 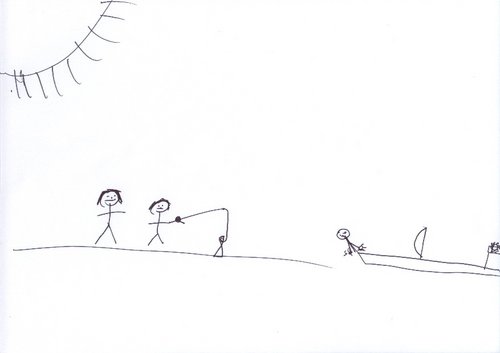 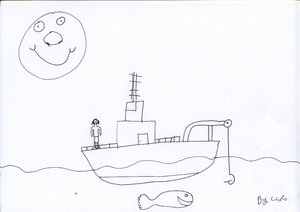 They went back to the moon and found a little girl on the moon with her brother. Their names were Holly and Folly.

The fisherman said "Would you like to come back to earth and have lots and lots of fish and squid?"

The 40,000 aliens came along and tehy said "hello would you like to be our friends?" And they all said "Yes!".and there was a rabit to so they went to eath and ate fish but the was one problem there was not anuf food so the man said ho eaver gets me the most food will be my frends so they all went hunting for food but the the rabit cood not find any food

Some one sentence each stories