From The SchomEmunity Wiki
< User:Alexrider(Redirected from Rock walk)
Jump to: navigation, search

We went on the rock walk so we could find out more about rocks, the rocks were around the town some were on buildings and some on statues.

Here are some pictures. 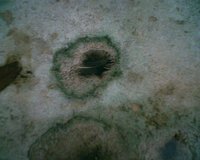 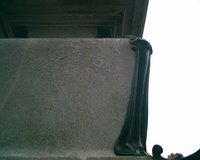 This is a piece of granite from the drinking fountain. 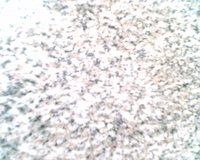 This is where it has been polished and it is more shiny and you can see the crystals and different minerals that make the rock. The black one is called mica.

There is also a picture of a grave stone which is unpolished granite. Can you see the difference? 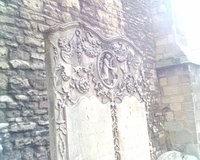 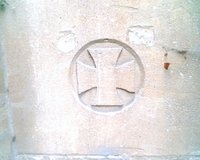 I took the picture of the grave because it looked so kind and peaceful, I liked the carvings. What do you think?

Do you think the cross is the same as the swiss cross you see on penknives, mum thinks it is a celtic cross.

The church was made of different stones. Some of it was called greensand, but it didn't look very green to me.

When it gets polluted by air the greensand turns brown because it has got iron in it which goes rusty. 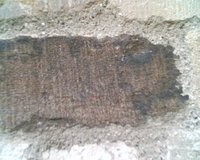 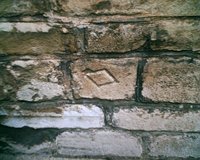 The other picture is of a mason's mark, this is where the people who built the church have left a special mark to show who made it.

Want to ask me about the rock walk - then why not post a message in the schome community forum?

This photo shows detailed carving around the door to this church in Lyndhurst, Dorset. The pillars look like they're made of a black granite as you can see crystals, the leaf carvings are probably a pale creamy sandstone common to the area. But what is the grey stone above the carvings and the whitish shield to the left? Gill 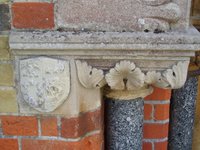